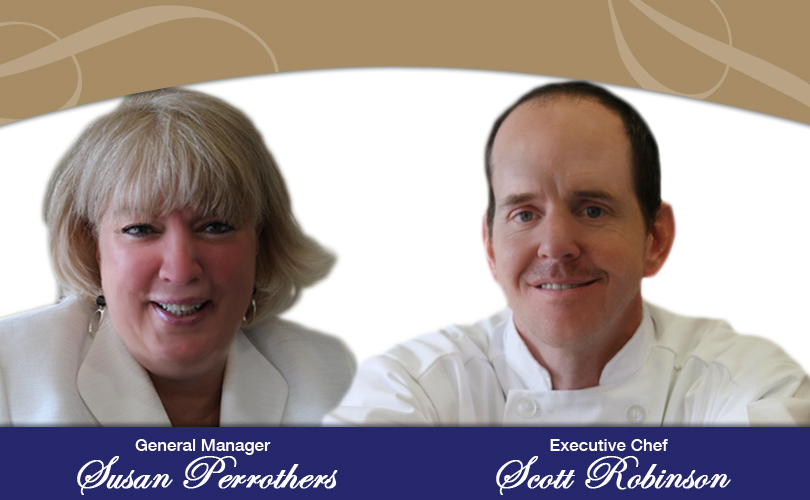 The Gettysburg Hotel has appointed Susan Perrothers as general manager and Scott Robinson as executive chef.

Established in 1797 and a subsidiary of Gettysburg College, the 119-room hotel on Lincoln Square is managed by Waterford Hotel Group, Inc.

As general manager, Perrothers will oversee all operational, sales and administrative aspects of the hotel. Perrothers brings to the Gettysburg team more than 20 years of hospitality experience. She first joined Waterford Hotel Group in 2005 as part of the pre-opening team at the Hilton Hartford in Connecticut, serving as banquet manager. Perrothers’ previous appointments include assistant

In his new role as executive chef, Robinson will be responsible for the daily culinary operations of the hotel and the hotel’s fine dining restaurant and tavern, including menu creation and management of all food departments throughout the property. With 10 years of professional cooking and kitchen management experience, Chef Robinson joins the Gettysburg Hotel from his most recent appointment as sous chef at the Four Seasons in Baltimore. He also previously served as sous chef for the Sheppard Mansion Restaurant in Hanover.

“Sue has proven to be a tremendous asset for our company and the properties she has worked with. With her extensive hospitality background, she is the ideal candidate for furthering the reputation of Gettysburg Hotel as a premier historic destination,” said Rob Winchester, president and COO of Waterford Hotel Group. “We are also pleased to welcome Chef Robinson to Gettysburg, as his fine dining experience and passion for creative expression make him a welcome addition to the hotel’s food and beverage team.”