A ‘Majestic Theater’ Experience in Gettysburg 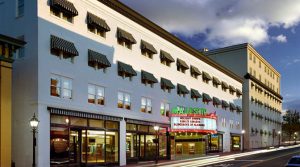 The Majestic Theater in downtown Gettysburg brings to life some of your favorite stories – no matter your age.

For some, when you mention the Majestic Theater, they think of that really cool, old building in downtown Gettysburg with the awesome marquee. For others, they think of the place that they’ve been going every Christmas to see Dicken’s classic, “A Christmas Carol”, magically brought to life in all its intended splendor. But did you know that the Majestic has more to offer? Much more in fact!

In addition to their annual favorite, the Majestic has something to offer

for people of all ages and interested. For the movie buffs, check out their list of incredible cinema. This year’s lineup focuses predominantly on history and the arts. With films including Mary Queen of Scots and At Eternity’s Gate (the story of Vincent Van Gogh) and the upcoming “Great Art on Screen” series featuring films on Caravaggio, Monet and even more on Van Gogh, there’s something for every artist. But if the classics are more your style, be sure to check back at their site when the summer movie series is released. Nothing like seeing some of the greatest films ever made on the big screen! 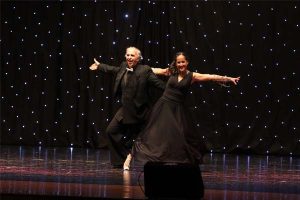 For those that prefer live performance art, you’ll find something for every age and interest. Dancing with the Local Stars if first up this year, followed by Pete the Cat, the rocking stage adaptation of Kimberly and James Dean’s exciting children’s stories. The Hot Sardines jazz ensemble will grace the stage in February bringing a touch of old New York, French cabaret and of course New Orleans jazz! March brings two fantastic acts, including The Flying Karamazov Brothers (who promise to be as fun as they sound) and the Songs of Ireland – A Celtic Celebration, complete with 8 vocalists and an energetic ensemble!

Tap Dogs will be here in April, taking tap to a whole new level, and Jeanne Roberston will leave your sides in stitches with her standup routine. And if all of that weren’t enough, the Oak Ridge Boys will be on stage in May performing their top hits from over four decades of music production.

Then, the show we’ve all been waiting for! Disney’s “The Newsies” is making is Gettysburg debut and is bound to excite just as much as the first time we all saw it on film. Jack Kelly is most certainly the “King of New York” and Gettysburg is ready to roll out the red carpet for his arrival!

Movies and live entertainment are fun in and of themselves, but what do you get when you combine the two? Genius! And the Majestic can offer just that. The incredible performances given life at the Metropolitan Opera in New York and London’s National Theatre are sure to stun and make you feel as though you’re really there. This year’s season includes familiar and new favorites such as King Lear starring none other than Sir Ian McKellen, Carmen, The Madness of George III, Antony & Cleopatra, La Fille de Régiment, Die Walküre, The Tragedy of King Richard the Second, Allelujah!, and Dialogues des Carmélites.

With something to please everyone’s artistic sensibilities, the Majestic Theater is a sure-fire hit. The other thing we know is sure to please is dinner at One Lincoln before the show to perfectly pair your impressive artistic experience with a delicious culinary one. Prefer a drink after? We’ve got you covered. With diverse dinner and drink menus, no matter the time of day or season of the year, we’re here to make sure your next trip to Gettysburg is one of many great ones!